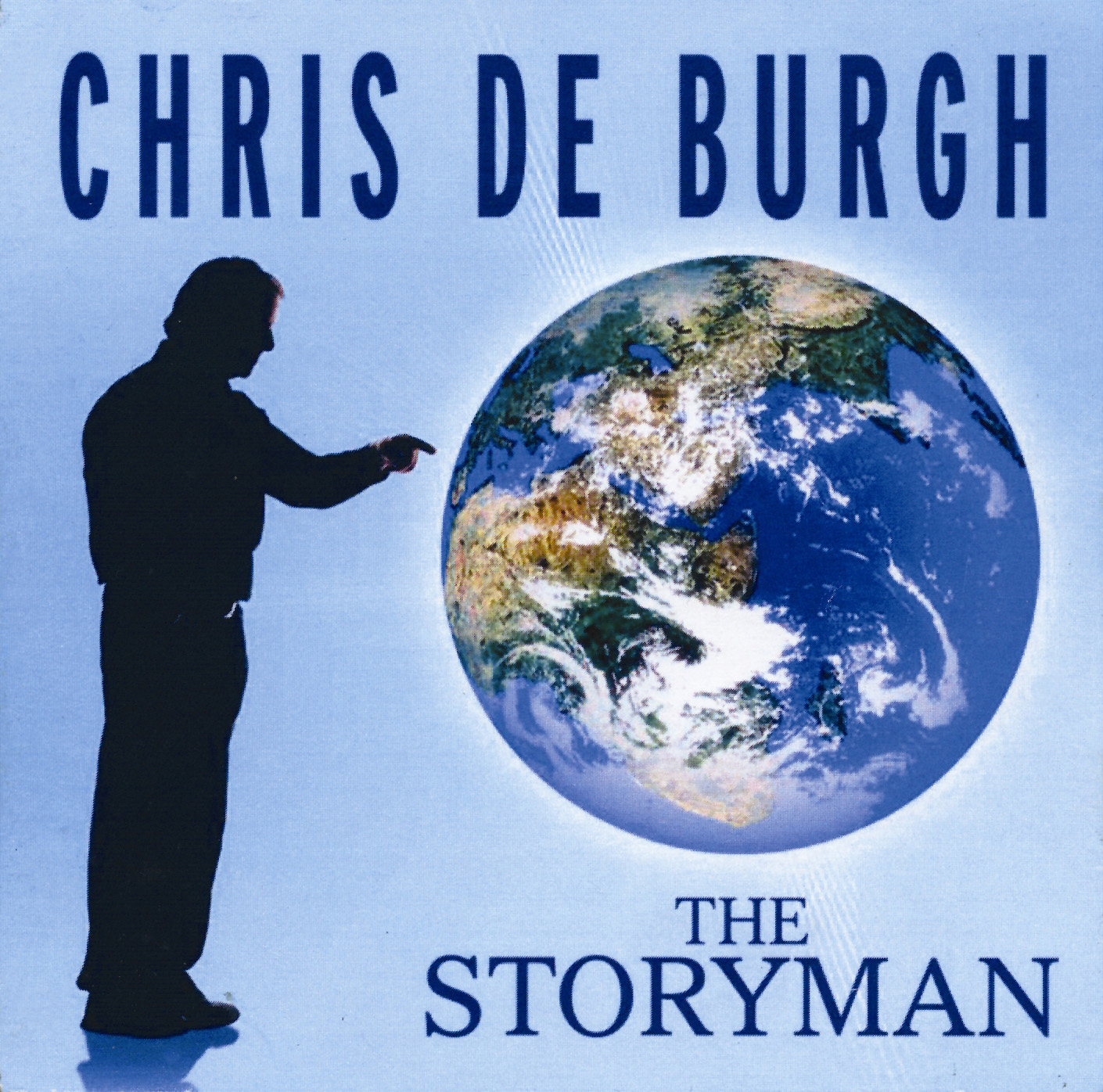 Comments: Chris de Burgh releases his new album 'The Storyman' in October 2006. The CD contains 12 new tracks and to tie in with the theme of 'The Storyman' Chris has written a short story to accompany each song. These stories set the scene and expand upon the lyrics with detail, colour and atmosphere. The initial shipment of 'The Storyman' is available as a special limited edition digi-pak containing 2 books - one The Stories behind the songs and the other The Lyrics. 'The Storyman' is the most immediately identifiable album in the long and illustrious career of Chris de Burgh. Vivid story-making has, after all, always been at the very core of his worldwide success. Whether his lyrical - and musical - themes have tackled love and loss or been set against imaginative backdrops created from the past, present or future, the telling of tales is his special gift. Across more than three decades now, Chris's extensive repertoire of songs has taken his audience on travels through continents, cultures and centuries - in cinematic proportion. Such is the inspiration behind the concept of 'The Storyman'. "From the moment the overture music of the album begins, I am inviting the listener to join me on a journey through space and time," Chris explains, "to faraway lands and places, where the tales and dramas will unfold." What is more, many of the featured songs immediately transport themselves to countries around the globe, entwining local music, and musicians, into their fabric. "These musical textures evoke the special characteristics and sounds of the destinations to where we are travelling," Chris explains. For example, 'Leningrad' features the London Russian Choir, 'My Father's Eyes' is a duet with the Egyptian singer Hani Hussein (recently a runner-up in the Middle Eastern version of 'Star Academy' - similar to the UK's version of 'Fame Academy') while the three-piece African vocal group The Mahotella Queens sing on 'Spirit'. Meanwhile, 'Raging Storm' - a forthcoming single - is a duet with Kristyna Myles, winner of the BBC 'Busker Of The Year' competition and, on 'The Mirror Of The Soul', Chris - a former pupil himself - is joined by The Marlborough College Chamber Choir. Six of the album's songs were recorded live in session with 90 members of The Royal Philharmonic Orchestra, at London's legendary Abbey Road studios. It all makes for a stirring and evocative trademark musical statement by Chris - and one which he is looking forward to bringing to life when he begins an extensive 18-month world tour - re-uniting him with his band for the first time in three years - in support of the album. "My hope is that each person who listens will let themselves believe that they are in a cinema; the lights go down as the overture of 'The Storyman Theme' starts to play," says Chris. "I'd like them then to simply drift away into the world of their imagination, where dreams begin - and anything is possible!" This information is courtesy of: http://www.cdeb.com/maindex.html