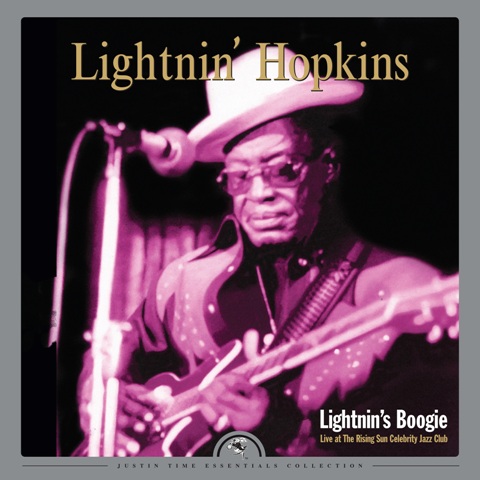 On June 23, 1977, Sam ‘Lightnin’ Hopkins walked onto a small stage in a smoke & whisky filled club in Montreal and proceeded to lay down arguably his last great performance before his death 5 years later.

“Lightnin’s Boogie – Live at The Rising Sun Celebrity Jazz Club” – remastered and available on vinyl for the first time – reveals a master blues man in full control of his many talents and working the crowd to  “Get Up Off O’ Yo’ “.

Lightnin’ Hopkins is considered one of the greatest blues guitarists and singers of all time and, according to the New York Times, “perhaps the greatest single influence on rock guitar players.”